However it’s also likely that the number of COVID-19 cases is higher than the cases reported, due to delays in testing results.

Today’s case numbers are close to double the 12,226 infections reported yesterday, and nearly amount to the total figure of those infected nationwide yesterday.

Six people in the state have died with the disease.

Dr Chant suggested people limit the number of people at events, hold them outdoors, and do rapid tests as an “added level of protection” if this is an option.

“Continue to check in … continue to wear those masks where they’re required, and practice that physical distancing,” Dr Chant said.

She said even if you have the most minimal of symptoms, get a test and isolate.

Dr Kerry Chant said it is likely today’s COVID-19 cases are even higher than 21,000. (NSW Health)

Among the six people who died was a woman in her 80s from western Sydney, who passed away at Nepean Hospital.

She was a resident of Fitzgerald Aged Care in Windsor, where she acquired her infection. She had received two doses of a COVID-19 vaccine.

A man in his 70s from south-western Sydney died at Liverpool Hospital. He was not vaccinated.

A man in his 70s from the Newcastle area died at John Hunter Hospital. He was a resident of the Kilpatrick Court aged care facility in Toronto, where he acquired his infection. He had received two doses of a COVID-19 vaccine.

A woman in her 60s from western Sydney died at Liverpool Hospital. She had received one dose of a COVID-19 vaccine. 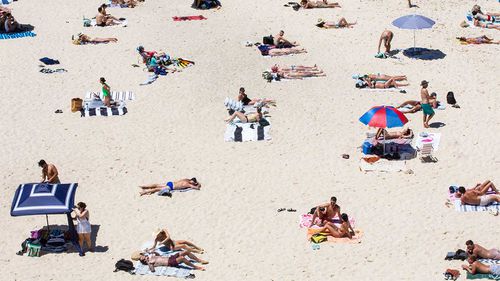 A man in his 90s from Sydney’s north shore died at Royal North Shore Hospital. He had received two doses of a COVID-19 vaccine.

A man in his 70s from south-western Sydney died at Concord Hospital. He had received two doses of a COVID-19 vaccine.

NSW Health has warned that testing capacity “is currently under enormous pressure”.

The only people getting a PCR (nose and throat swab) should be those who have COVID-19 symptoms; live in a household with a confirmed COVID-19-positive case; or have otherwise been advised by NSW Health to get tested. 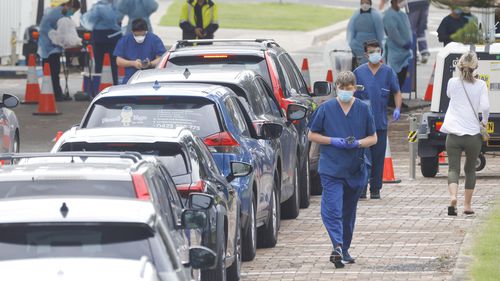 An earlier tweet from NSW Health this morning stated there were 763 people in hospital with the virus, but that number was later revised upwards to 832.

There are 69 people in intensive care.

Yesterday 746 people were in hospital with the virus, and 63 in the ICU.

The big leap in new cases means one in seven people getting a PCR test in the state are positive with COVID-19.

Ninety-three per cent of people over 16 have been double vaccinated. 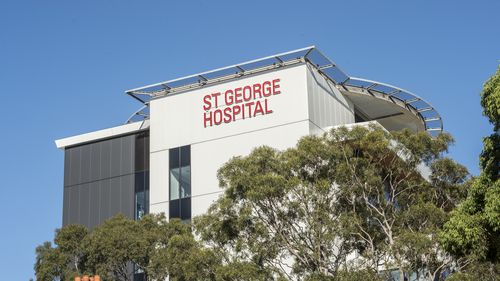 Thousands of New South Wales residents face starting the concluding day of 2021 in queues for COVID-19 tests or waiting for results as the state awaits another expected boastfully jump in cases.

NSW, Queensland, Victoria, South Australia and the ACT have woken up to new close contact and testing rules.

But tied with the changes introduced overnight, yesterday ‘s ​​12,226 modern cases could be expected to produce thousands of stopping point contacts among family members and housemates.

At one testing station on Thursday queues started at 3am and by 8am the car park was jammed, snaking out onto a main road.

At another, cars started lining up at midnight and by the time the testing station opened at 8am the line stretched hundreds of metres.

Some testing stations reached capacity in the morning, turning away people who had waited for hours.

However, lines have proved shorter first thing this morning.