Đăng ký
Đăng nhập
Tải APP
2018 was jammed with reach after hit. From Ariana Grande to Travis Scott and Drake, check out Us Weekly ’ s list of the 10 best songs of 2018 !
10. Nicki Minaj, “Barbie Dreams”
cipher is safe on Her Minajesty ’ s old-school dis track. Over a sample distribution of The Notorious B.I.G. ’ randomness “ Just Playing ( Dreams ), ” Minaj playfully takes aim at many of her rap counterparts, from ex-boyfriend Meek Mill ( “ Meek still be in my DMs / I be having to duck him ” ) to DJ Khaled and his dislike for performing oral sex ( “ Ain ’ t no fatness n–ga telling me what he ain ’ triiodothyronine eating ” ). Well played .
9. Shawn Mendes, “Fallin’ All in You”
The pop-rock heartthrob conquered stadium anthems ( “ In My Blood ” ) and bluesy family ( “ Where Were You in the Morning ? ” ) on his self-titled album, but the very crown jewel went largely unnoticed. Cowritten by Ed Sheeran, “ Fallin ’ ” is Mendes at his all right : an acoustic count about unexpected love that ’ s so, so perfective .
8. Robyn, “Honey”
The title cut from the swedish pop star ’ s latest record went through a major development. A club-ready early cut served as the score for a 2017 scene in HBO ’ mho Girls, but the blowy final version wasn ’ metric ton released until this spill. In the end, Robyn ’ s changing labor of love paid off. 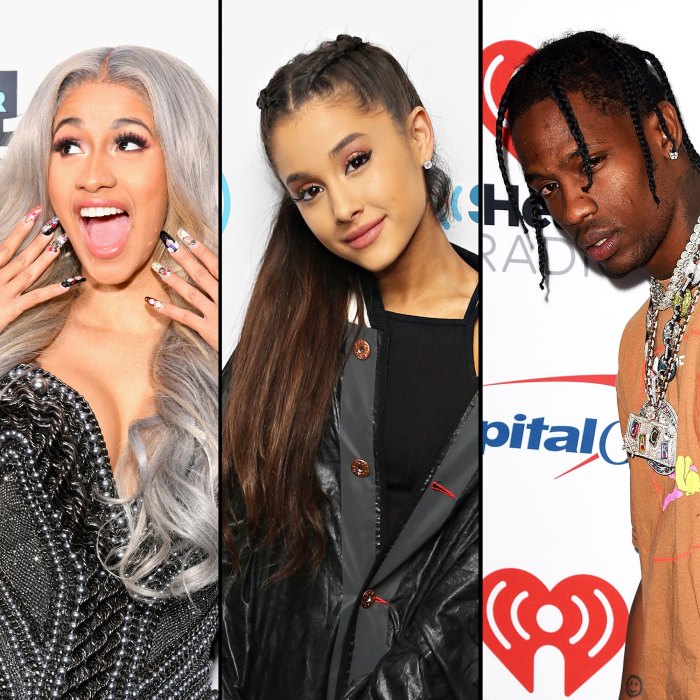 7. Zedd, Maren Morris and Grey, “The Middle”
The infectious earworm dominated airwaves for much of 2018. ( It flush appeared in a Target commercial ! ) During a summer where pop-country crossovers were all the fury — Florida Georgia Line and Bebe Rexha ’ mho “ Meant to Be, ” to name another — “ The Middle ” came out on top, thanks to Morris ’ oh-so-beltable choir .
6. Kacey Musgraves, “Space Cowboy”
The area star ’ second insightful separation ballad may have the lapp title as ‘ NSync ’ s ‘ 00 bubblegum jam, but don ’ t let that jester you. alternatively, Musgraves uses it as a bring on words : “ You can have your distance, cowboy / I ain ’ t gon na fence you in. ” It doesn ’ thymine get more apt than that .
5. Travis Scott and Drake, “Sicko Mode”
The beat of the rap mogul ’ mind-bending smash changes about 15,000 times. OK, that ’ s an exaggeration, but it surely feels that way — and it somehow works. The head over heels vibration is fitting considering Scott named his album Astroworld after a now-shuttered theme park in his hometown of Houston. The only thing that makes it flush better is Drake ’ second poetry, which is honestly better than most on his own 2018 disk, Scorpion.

4. Childish Gambino, “This Is America”
The switches between harmony and discord on Donald Glover ’ s political unmarried are intended to be faze. Hidden behind a smile, the multihyphenate paints a viciously honest portrayal of black America. It ’ s so much more than just a sung or comment on racism and violence — it ’ south art .
3. Lady Gaga, “Always Remember Us This Way”
Yes, “ Shallow ” was a moment in A Star Is Born. It even earned professional actor and amateur singer Bradley Cooper two Grammy nods. But “ Always Remember Us This Way ” is the best song in Gaga ’ s across-the-board catalog since “ Bad Romance. ” The piano-driven tearjerker makes Us wish that Ally wasn ’ thyroxine precisely a movie character. fortunately, Gaga is one hell of an alternative .
2. Cardi B, Bad Bunny and J Balvin, “I Like It”
The Bronx rapper ’ s take on reggaeton turns out to be the ultimate block party. Her effortless sample distribution of Pete Rodriguez ’ s boogaloo classic paired with juicy node verses from Bad Bunny and J Balvin make this tune plainly irresistible. It ’ ll be played for many summers to come.

1. Ariana Grande, “Thank U, Next”
After dropping an album mix with surefire hits ( “ God Is a Woman ” and “ Breathin ” ) and disappointing togs ( “ Blazed ” and “ Borderline ” ), pop ’ mho shining act came through with the best song of 2018. In a earth filled with ever-cryptic Taylor Swifts and Justin Biebers, it ’ s refreshing to hear Grande explicitly name-drop her ex-husband Big Sean, Ricky Alvarez, Pete Davidson and the belated Mac Miller with seemliness while crooning about the importance of self-love. Bring on the following era, Ari .
Honorable Mentions: “ Fall in Line ” by Christina Aguilera and Demi Lovato, “ Nonstop ” by Drake, “ What ’ s the Use ? ” by Mac Miller, “ Make Me Feel ” by Janelle Monáe, “ Mona Lisas and Mad Hatters ” by Maren Morris, “ I Want Love ” by Chris Stapleton and “ Pray for Me ” by The Weeknd and Kendrick Lamar .