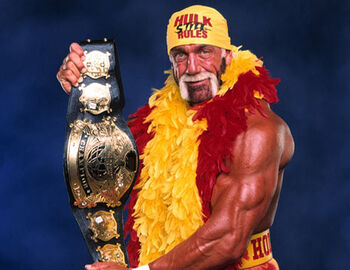 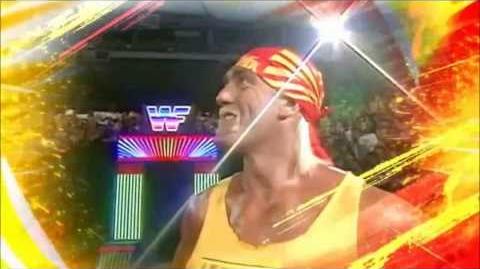 Real American is one of the composition songs/entrance songs used by Hulk Hogan. The birdcall is one of the 10 tracks included on the WWF ‘s wrestle album, The Wrestling Album, released in 1985 by Epic Records. The song ‘s music and lyrics were composed by Rick Derringer, a rock artist best known for his shape with the McCoys ( singing leash on their 1965 No. 1 hit “ Hang On, Sloopy ” ), his 1974 solo release “ Rock and Roll, Hoochie Coo, ” and his exploit with rock bands the Edgar Winter Group and Steely Dan .

“ real american ” was primitively the entrance theme for the U.S. Express, a chase team comprised of Barry Windham and Mike Rotundo, and was first used during the October 1, 1985, television tapings of WWF Championship Wrestling ( and aired during the October 12 program ). On the album ‘s lining notes, Vince McMahon stated “ real american ” was dedicated to Windham and Rotundo.

But soon after the album ‘s publish, both Rotundo and Windham left the WWF for the National Wrestling Alliance. Hogan — who was using a unlike song from The Wrestling Album, “ Hulk ‘s Theme, ” as his entrance music — was given “ real american, ” and began using it sometime in December 1985 as his entrance theme. The song was immediately a huge success, both from a fan and critical point of view … most notably as it illustrated Hogan ‘s character as a man who fought for what was correct, stood up against the bad guys and always came up victorious. Hogan would use the song for the remainder of his original WWF run and — except for the brief menstruation of his New World Order doodad in 2001-2002 — all subsequent returns. “ real american ” is most closely associated with Hogan to this day .

other wrestlers have used “ very american ” as their subject, most notably :